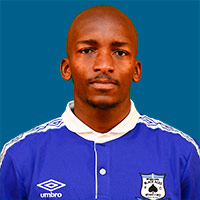 One of the most underrated left-backs in the PSL, Lehlohonolo Nonyane is highly capable in both the offensive and defensive aspects of the game. Signed from Jomo Cosmos in 2014, Nonyane’s first season in the top flight was a solid one, with the Botshebong-born defender demonstrating that he is more than worthy of playing at the highest club level in South Africa.