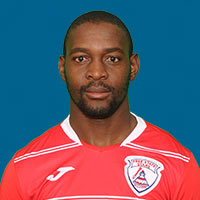 Katlego Mashego is a long-time servant of Free State Stars and has proven his versatility by playing in both midfield and defence in recent years. The 30-year-old has been a regular in the Ea Lla Koto line-up for some time now and has racked up over 150 starts for the team since joining them from Baroka FC in 2011. The Burgersfort-born player has also represented South Africa at senior international level.