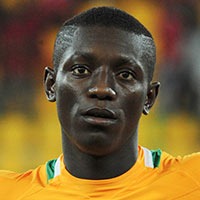 The experienced attacking midfielder made his international debut against Benin in June 2011 and he was a part of the Ivory Coast squad at the 2012 AFCON and 2014 FIFA World Cup finals, before helping the Elephants win the 2015 AFCON title.