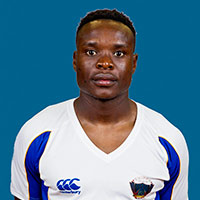 Manzini has been a vital cog for the club last season in their attack and has managed to find his name on the score sheet on a number of occasions. His stay comes from the fact that he allowed the opposition's defence not time to to relax using his body frame to good use. The ex-Platinum Stars centre forward will need to use his energy and burly body wisely in order to make his mark for the Chilli Boys.