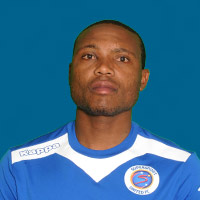 The SuperSport United winger failed to build on an eye-catching 2014-15 season which earned him the club's player of the season accolade - in 35 starts the former Kaizer Chiefs and Platinum Stars wide man scored eight goals, chipping in with a whopping 13 assists for the club in all competitions - also netting the winner as Matsatsantsa claimed the 2014 Telkom Knockout trophy. The 30-year-old's heroics subsequently prompted head coach Gordon Igesund to hand the wide man the captain’s armband ahead of last season, but the added pressure weighed heavily on the Bafana Bafana international and his form suffered; he ultimately relinquished the responsibility and duly returned to form. Will be hoping for another stellar campaign as SuperSport eye league glory.