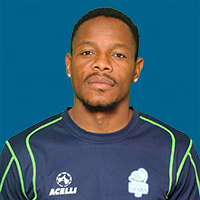 Semenya joined Platinum Stars from National First Division side Carara Kicks during the 2011/12 season and featured regularly for the club in his debut season.
The central defender impresses with his high work rate and his ability to read the game.