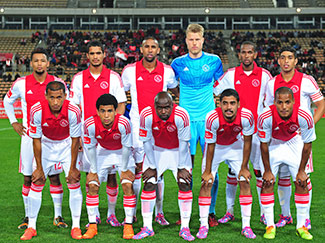 Last season was a very disappointing campaign by the Urban Warriors and fortunately new coach Roger De Sa was able to steer the team out of the relegation zone.

This season promises to be yet another challenge after the club lost some of their better players like Thato Mokeke, Toriq Losper and Thulani Hlatshwayo.

Ajax Amsterdam still hold a 51 percent share in the club and on the local front, the other 49 percent share is owned by just the Efstathiou brothers.

John and George Comitis are no longer involved as the club look to create a new era of history.