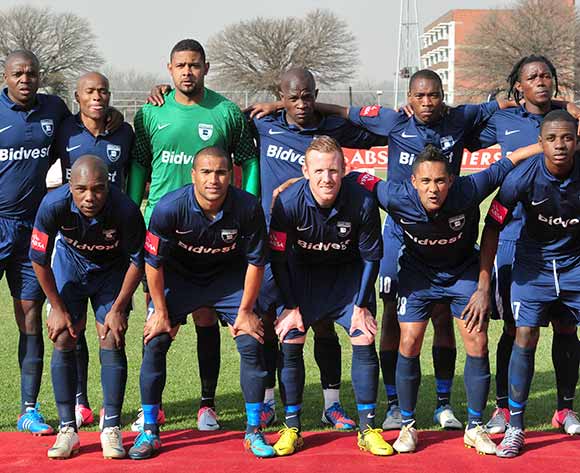 Wits University Football Club, known under their sponsored title as Bidvest Wits, is a South African football team based in Braamfontein, Johannesburg, and plays out of BidVest Stadium.
The team is nicknamed 'The Clever Boys' or 'The Students' because of the club's close affiliation with the University of the Witwatersrand.
The club has its roots at Wits University in Johannesburg, where it was formed in 1921 by the university's Students Representatives Council. The club competed in a variety of tournaments and leagues before eventually winning promotion to the National Football League in 1975 – then South Africa's top domestic league.
The club won their first major title in 1978 - winning the Mainstay Cup after beating Kaizer Chiefs in the final of the competition. Six years later they picked up the BP Top 8, and a year later in 1985 they again beat Chiefs, this time in the final of the JPS Knockout Cup.
The 1990s saw mixed fortunes for the team. They won two trophies, the BP Top 8 and the Coca-Cola Cup in 1995 under coach John Lathan.
In 2001/02 season former Bafana Bafana goalkeeper Roger De Sa was appointed head coach, and he immediately restored order with the club finishing 7th in the PSL in 2002.
Under De Sa's reign things appeared to be looking up for Wits, with the club securing third placed finishes in the PSL in 2003 and again in 2004. But in 2005 Wits scored just 24 goals in 30 league matches to finish bottom of the league.
At the start of the 2005/06 season Boebie Solomons was appointed as head coach, and Solomons' first season in charge brought a return to the PSL for the Clever Boys, with the club comfortably winning the Mvela Golden League.
In June 2007 Roger De Sa re-joined the club after a two-year absence. In 2010 Wits managed to win the Nedbank Cup defeating AmaZulu in thefinal, but since then have really struggled.
The 2011/12 season saw them finish a disappointing 12th on the league table and consequently a number of changes have been made to the team ahead of the 2012/13 season.
Roger de Sa was sacked as coach and replaced by Antonio Lopez Habas, as well as a number of high profile players (the likes of Tinashe Nengomasha, Matthew Pattison, Aaron Mokoena and Calvin Kadi) signing for the club.