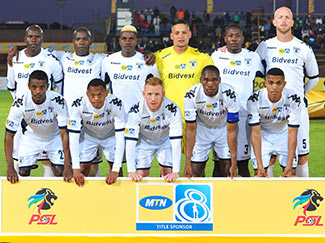 Bidvest Wits return to the Top Eight competition after finishing the 2012/13 season in fourth, and after missing out last season when a terrible second half of the season saw them win one of out of their final 15 league matches and ultimately finishing 12th on the standings.
The Clever Boys are one of a few group of legendary South African teams that have a decorated history in this competition. As the then Wits University the club collected its maiden top eight title in 1984.
They later appeared and triumphed in the 1995 final and have managed to gather two trophies in the competitions history.
Now with a coach in the form of Gavin Hunt, the squad also boasts experienced players. The Clever Boys will be eyeing a passage to the semifinals.
Their fourth place finish has already guaranteed them a home quarterfinal where they will take on Bloemfontein Celtic.