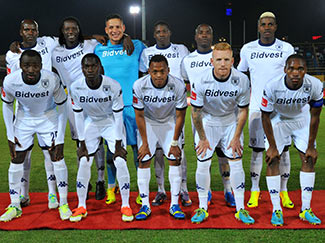 Bidvest Wits have two League Cup titles to their name (1984 & 1995) and last season were surprisingly eliminated from the Telkom Knockout in the first round, going down 3-2 at home to Golden Arrows.

The club has entered an exciting new era as owner Brian Joffe has invested heavily in the team, while coach Gavin Hunt is now in his second season in charge of the team.

Previously known as Wits University, the club is the oldest currently competing in the PSL, having been formed in 1921.

Nicknamed the Clever Boys, they have yet to win a league title, their last trophy success coming in 2010 when they lifted the Nedbank Cup.

With an ambitious board and a beefed up squad, that long wait for a league title may be over soon, but they will first target success in the Telkom Knockout.