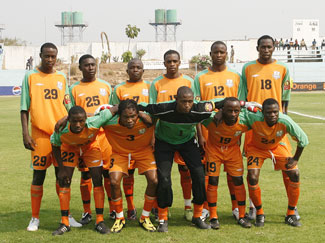 Zesco United are the first Zambian side to make it through to the group phase of the African Champions League.

Since the change in the competitions’ format in 1997, Zambian side have struggled but Zesco have finally provided the breakthrough. The club are now seeking to follow in the footsteps of neighbours Nkana Red Devils, who were runners-up in the old-style African Champions Cup.

Participation in the 2008 CAF Champions League is only the second time that the have competed in continental club competition. Zesco were also in the African Confederation cup in 2006 but knocked out in the first round.

The club is based in the northern city of Ndola and use the Trade Fair grounds as their home venue. But for the Champions League group matches they will be hosting their home matches at the Konkola Stadium in Chililabombwe, the venues also for Zambia’s qualifiers in the 2010 World Cup campaign.

The club is backed by the Zambian electricity authority. The coach is former Zambia captain Fighton Simukonda, who is also had a spell in charge of the national team. But he only took on the job at the start of the year after the departure of Wedson Nyirenda, who took Zesco to back-to-back Zambian premier league titles in 2007 and 2008.