Maritzburg United last season welcomed back German coach Ernst Middendorp to the helm for a second spell and they spent most of the campaign in the top-eight before dropping out in the closing weeks.
United are the reincarnation of a beloved side from a past era of South African football, now seeking to ensure a regular diet of top-flight football to the provincial city of Pietermaritzburg.
The team are in their second spell in the Premier Soccer League after bouncing back from the disappointment of relegation in their first year.
Maritzburg United were re-established when businessmen Farook and Imraan Kadodia bought the franchise of the Tembisa-based side Classic in 2005.
The change of name from Classic to Maritzburg Classic was granted in September 2005 and at the end of the season it was changed further to Maritzburg United.
The Team of Choice reached the quarterfinals of last season’s Telkom Knockout but were eliminated by SuperSport United. 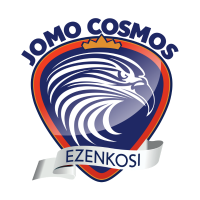