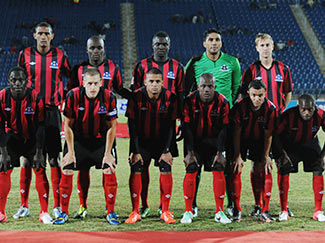 Maritzburg United were the first victims of Platinum Stars in the Telkom Knockout last season, losing 2-0 in the last 16 to the eventual champions.

United is the reincarnation of a beloved side from a past era of South African football, now seeking to ensure a regular diet of top-flight football to the provincial city of Pietermaritzburg.