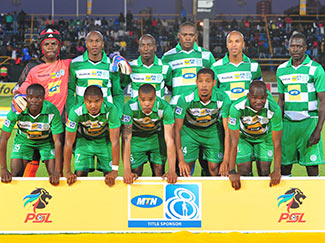 Bloemfontein Celtic can be considered as the Champions of the Free State as they topped their regional rivals Free State Stars in the Absa Premiership with their impressive fifth place finish, two places higher than the Ea Lla Koto.

Clinton Larsen’s men once again portrayed a pedigree of excellence on their home soil of the Free State Stadium that few could match and it played a fundamental role in their rise up the table.

Although they may have signed out of the tournament after the first round last season, following a 1-0 loss to Orlando Pirates, their continuous improvement over each campaign could earmark them as an underdog this year.

Mamelodi Sundowns learnt that the hard way when Celtic ran out winners in the Telkom Knockout final last season, and the Phunya Sele Sele will no doubt be favouring their chances of even more success this year. No better way than starting with the MTN8 challenge.