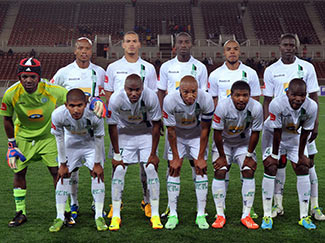 Bloemfontein Celtic, who were founded in 1967 and take their name and colours from the Scottish club Glasgow Celtic, were Telkom Knockout winners last season, just their third major trophy in 44 years.
They are currently coached by Clinton Larsen, viewed by many as one of the best up-and-coming managers on the South African football scene.
He is in his fourth season with the team having led them to fifth in the League in his maiden campaign, and then again in 2012/13.
The club's support base is widely regarded as the country's most passionate, singing constantly through the games and giving Celtic a distinct advantage when they play their home matches, contributing to a fantastic record in their own back yard.
Last season, Phunya Sele Sele overcame Chippa United, Orlando Pirates, Free State Stars and Mamelodi Sundowns in order to lay their hands on the Telkom Knockout trophy.