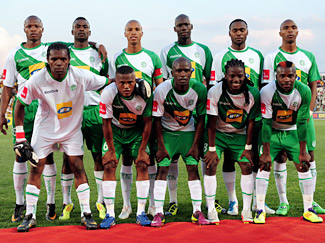 The side from Bloemfontein bounced back from a disastrous 2008/09 season to finish within the top eight last season and thus finding their way into the MTN8 competition for 2010.
The 2009/10 PSL season was a one of working progress for Celtic as they had a lot to prove after just surviving relegation the season before. Under the helm of coach Owen Da Gama they managed to steer themselves well clear of those trying circumstances to finish well within the top eight.
Last season was largely a rebuilding phase for the Phunya Sele Sele and they did exceptionally well. However, that progress has once again been stuttered with the departure of Da Gama and the arrival of a new coach in Clinton Larsen.
Larsen will look to lead his Celtic to a similar place in the table as the 2009/10 season, but he will look to kick-start his reign as the coach in a good manner with some impressive performances in the MTN8 competition.
In terms of the top eight competitions over the years the side from Bloemfontein has not fared that well. The biggest success did, however, come five years ago when they won the SAA SUPA 8 Cup in 2005. Larsen will be hoping his side can repeat that feat in 2010.