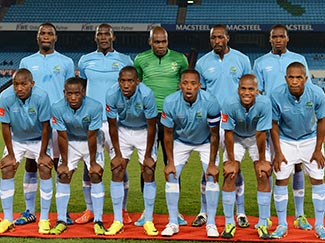 Platinum Stars have been transformed dramatically over the last decade.
They started out with the vision of Johannesburg businessman Larry Brookstone, who sought to rebuild the defunct Highlands Park.

Their takeover by Royal Bafokeng Holdings means Stars were relocated from Johannesburg to the North West province, where they have taken up residence in a fantastic state-of-the-art training complex at the Bafokeng Sports Campus.

Last year they finished second in the league, just a point behind winners Kaizer Chiefs, but have since lost coach Cavin Johnson to SuperSport United.

The club announced their arrival the South African soccer scene in April 2003 when as a second division side they knocked Orlando Pirates out of the cup in sensational upset and advance to the quarterfinals of the competition, where Jomo Cosmos needed a last-minute goal to end their fairy-tale run.

They won promotion the same season and have been a regular fixture in the league since.