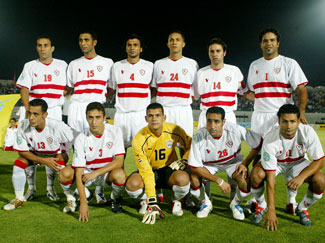 The Tunisian giants will be amongst the favourites for the 2014 Confederation Cup.

Formed in 1925 and based in Sousse, Etoile are known by the nickname ‘Diables Rouges’ (Red Devils) and play their home games at the 25,000-seater Olympic Stadium. They have won the Tunisian league nine times, the most recent in 2007.