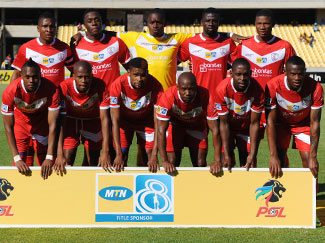 Eliminated from the first round of the MTN8 in a 2-1 defeat to eventual finalists SuperSport United last season, Steve Komphela will be out to make sure his team makes a stronger bid in the tournament this year.

Finishing seventh in the Absa Premiership, the Ea Lla Koto may have a tough challenge when coming up against the heavy weights of the tournament.

However, it won’t get them down as they are a team who always gives it’s all until the final whistle, and with the knowledge that they have only one chance of ensuring progress in the MTN8 challenge, they will come out with guns blazing.

Paired up against last season’s revelation team, Platinum Stars, for their opening game of the MTN8 tournament, they could well be favouring their chances knowing that the club has recently experienced a mass exodus in players and their coach having left will pose problems for Platinum Stars.

New arrivals Lucky Mokoena (Maluti College) and Mthokozisi Yende (Kaizer Chiefs) will be out to make an impact for their side which recently parted with Fikru Lemessa, Moeketsi Mvula, Noah Chivuta, Kennedy Mweene and Dove Wome.