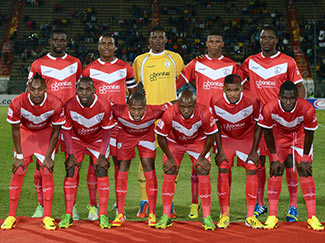 Free State Stars reached the quarterfinals of last season’s Telkom Knockout before being eliminated on penalties by Kaizer Chiefs.

In 2014, new Belgian coach Tom Saintfiet will hope to make a strong impression in his first taste of the Telkom Knockout.

Originally formed in 1977, the team was first known as Makwane Computer Stars, before becoming Fairways Stars and then QwaQwa Stars.

They won the Coca-Cola Cup in 1994 and the same year lost in the final of the Bob Save Super Bowl (now the Nedbank Cup) to Vaal Professionals.

They were also regular competitors in the top flight of South African football before the sale of the franchise in 2002.

They were promoted to the Premiership in at the end of the 2004/05 season, but went straight back down, before coming up again in 2006/07.