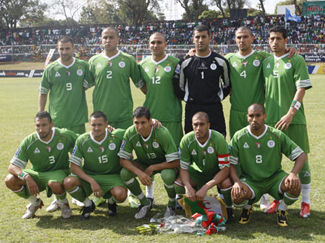 The Desert Foxes’ qualification for the World Cup in South Africa marks their first participation in the finals since Mexico in 1986.

In that tournament, Algeria’s solitary point came from a 1-1 draw with Northern Ireland, while they lost 1-0 to Brazil and 3-0 to Spain.

Algeria’s only other participation in the finals came in 1982 (Spain), when they also exited after the first round, although the Desert Foxes were somewhat unfortunate to go out on goal difference after having beaten West Germany and Chile, only losing one of their three games – to Austria. Read more about Algeria's Group C Opponents