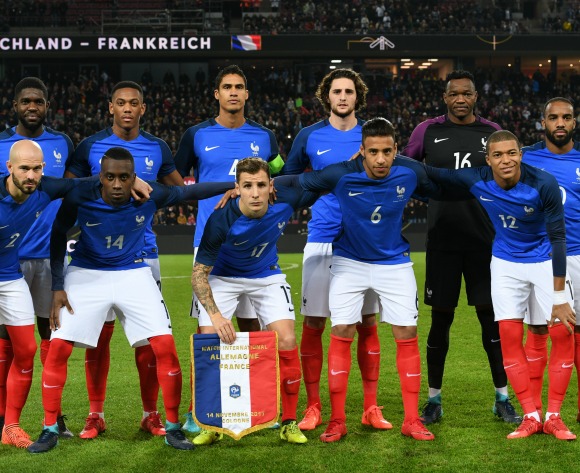 Les Bleus will arrive in Russia among the favourites to lift the 2018 FIFA World Cup title.


The 1998 champions boast a catalogue of attacking talent with Didier Deschamps given the unenviable task of picking a squad for the world showpiece - knowing all too well that he will be leaving players at home that would walk into any other team in world football.


France can especially call on a fierce attacking unite with the likes of Kylian Mbappé, Anthony Martial and Ousmane Dembélé among the best young talent in the world.


N'Golo Kanté, Paul Pogba, Antoine Griezmann, Laurent Koscielny,Raphaël Varane, Olivier Giroud and Hugo Lloris are but some of the other household names in their ranks. In all honestly, France could send two teams to the World Cup that can realistically lift the title.


France booked their participation in a 15th showpiece after topping a competitive UEFA Group A which included both the Netherlands and Sweden.


World Cup winners on home soil, France will be hurting from their failure to lift the 2016 UEFA European Championship, but a second World Cup title is sure to heal all wounds - especially for those who also watched Les Bleus fall just short at the 2006 World Cup in Germany.