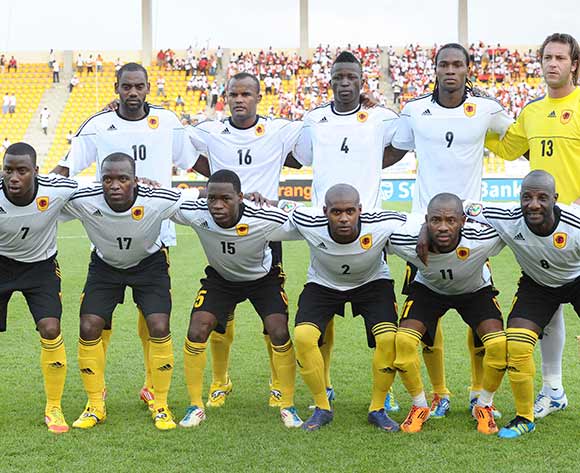 Angola have now qualified for their fifth successive Africa Cup of Nations finals, but have failed to make the impact they would have liked on the continental stage.

It is good consistency from a country that has only been to seven finals in total, 1996 and 1998 being the others, as internal strife took its toll on their football.
Their best showing has been a quarterfinal place in Ghana in 2008 and when they hosted in 2010, but they have lacked the quality to get beyond that stage.

This is possibly also a last bite at the cherry for the likes of star striker Manucho and midfielder Gilberto, who have been loyal servants to the national cause down the years, but are reaching the end of their careers.

They qualified for the 2013 finals on the away goals rule having been given a scare by COSAFA rivals Zimbabwe and their form remains highly inconsistent. Their coach, Uruguayan Gustavo Ferrin has a reputation as a fine junior coach, taking his home country to the Under-20 World Cup, but he has now been given the opportunity to prove his worth at senior team level.
Tournament Review:
Angola have once again flattered to deceive at the Africa Cup of Nations after a first-round exit in South Africa.
They did look the poorest of the four teams in group A so can have no real complaints, but will point to missed chances in their opener against Morocco, as well as against Cape Verde.
They were going through to the next round with just 10 minutes left to play as they led Cape Verde 1-0, but two woeful pieces of defending ley the islanders win the game and send them crashing out.
Too many of their more established players failed to perform. Manucho is crucial to their chances but looked off the pace, possibly still affected by the injury-layoff prior to the tournament.
Goalkeeper Lama, who has previous Nations Cup experience, was poor, while Brazilian-based youngster Geraldo failed to live up to his potential.
It is a shame for the Palancas Negras, who were spoken of as a top three side at this competition, but just like in 2012 in Equatorial Guinea and Gabon, their own mistakes have cost them a place in the quarterfinals.
Uruguayan coach Gustavo Ferrin says he is building for the future and history should nit judge his young squad too harshly, but there will be a feeling they let themselves down a little.