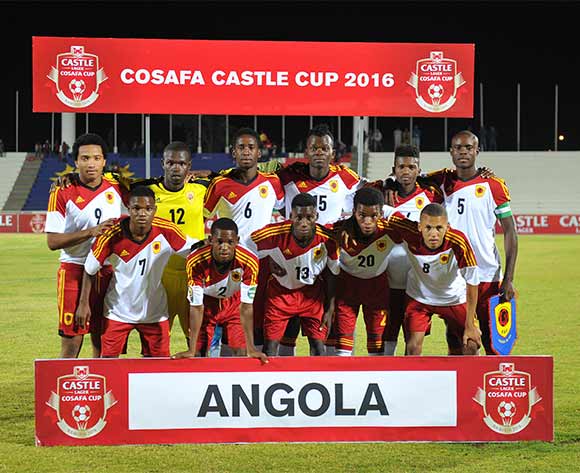 Angolan football is currently in a re-building faze. Having qualified for the Fifa World Cup a mere 10 years ago, the Palancas Negras have tumbled down the world rankings.

Defeat to South Africa in the preliminary round of the 2018 World Cup qualifiers has been followed by a poor showing in the 2017 African Cup of Nations qualifiers, including a 3-1 defeat to Central African Republic.

Under-20 coach Sarry Matias will be in charge of Angola at the 2016 Castle Cosafa Cup in Namibia. The mentor has been tasked with blooding a young squad in Namibia.

The Palancas Negras have also included a 15-year-old goalkeeper, Joao Eduardo, in their squad. The goal-minder has been tipped as a huge prospect .

Angola will be hopeful some of the youngsters will follow in the footsteps of Manucho and Manuel 'Tico Tico' Bucuane who first came to regional attention at the Cosafa Cup.

The three times winners (1999, 2001, 2004) are the joint second most successful team at the Southern African tournament. But they haven't finished in the top four for 10 years.

Angola have been drawn in Group B alongside Malawi, Lesotho and Mauritius.

They will kick-off their campaign against Lesotho at the Independence Stadium on 14 June.