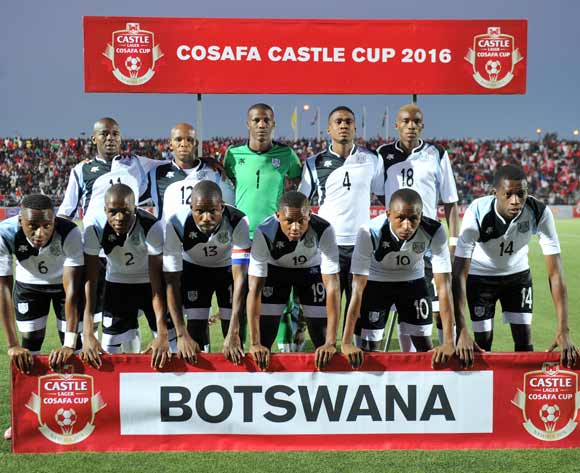 Botswana have showed a marked improvement in international competition over the last few years, using Cosafa tournaments as the basis of their preparation and progress.

It took almost a decade of competition before the Zebras made a breakthrough, but the side reached the semifinals of the Cosafa Cup in 2006 and repeated the feat the next year.

Their achievement in 2006 came after they beat South Africa on post-match penalties and the next year there was another upset triumph, this time over World Cup finalists Angola.

It was in 2003 that Botswana finally ended their search for the ‘Holy Grail’ when their seven-year run without a win in the Cosafa Cup was broken. They had long been the only country of the original entrants to the tournament never to win a game.

An early goal from Tshepiso Molwantwa in their first round match away against Namibia in Windhoek finally broke the duck.

Striker Jerome Ramatlhakwane scored four goals in that tournament, which makes him the country’s highest scorer in the Cosafa Cup competition.

They reached the semifinals in 2015 thanks to a penalty shoot-out victory over South Africa, but ended up fourth in the competition after a 2-1 loss to Madagascar in the bronze medal match.

Just like last year, the Zebras head into the 2016 Cosafa Cup under the guidance of English coach Peter Butler. Experienced forward Joel Mogorosi is expected to captain the team in Namibia as they search for their maiden Cosafa Cup title.