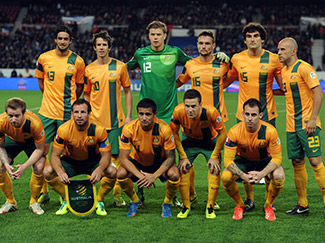 Brazil 2014 will be the Socceroos’ fourth World Cup appearance and their third straight finals.
Australia made their World Cup debut in 1974 in Germany, but it will take another 32 years before they will return to this stage and again the competition was in Germany.
At Germany 2006, they won their first game at the finals when they defeated Japan 3-1 and also went past the group stage for the first and only time thus far.
They also qualified for the 2010 tournament.Australia qualified from Asia for the 2014 World Cup, won 10 matches, drew three and lost two, scoring 25 goals and conceding 12 goals.
Top stars are forward Tim Cahill and goalkeeper Mark Schwarzer.