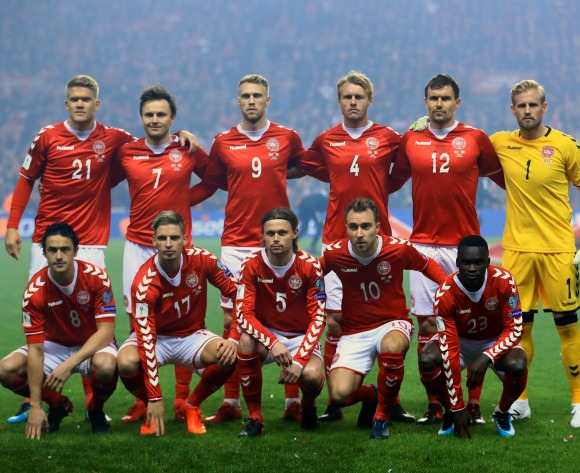 De Rød-Hvide booked their return to the World Cup with an emphatic play-off victory over the Republic of Ireland, after finishing five points behind Poland in UEFA qualifying Group E.


Having scored eight goals in 10 group stage matches, Tottenham Hotspur ace Christian Eriksen bagged a hat-trick in a 5-1 thumping of the Irish in Dublin to book their place at a fifth world showpiece - their fourth in the past 20 years.


There is hope that the current crop can match the achievement of the 1998 team that reached the quarterfinals in France, with Åge Hareide’s men among the tournament dark horses.


Denmark are accustomed to surprising the odds - look no further than the ‘Danish Dynamite’ that roared to the 1992 European Championship in Sweden.


Peter Schmeichel, Jon Dahl Tomasson and Michael Laudrup might be long retired, but Denmark still boast a talented outfit that can cause a few surprises.


Apart from Eriksen - Thomas Delaney, Viktor Fischer, Lasse Schöne, Simon Kjær and rising Ajax Amsterdam forward Kasper Dolberg are among those to keep an eye on in Russia.