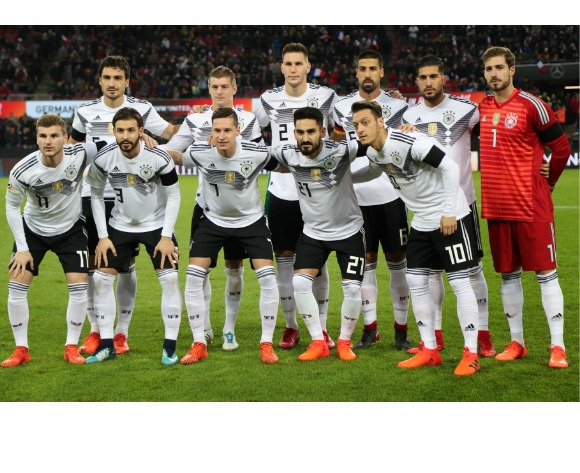 
Die Mannschaft will always be among the favourites to walk away with the cup and it will be no different at the 2018 showpiece with the 2017 FIFA Confederations Cup champions having claimed 10 wins out of 10 on their way to topping UEFA qualifying Group C.


Joachim Löw has enjoyed a decade of success with Germany and boasts an unbelievable record as boss of the four-time (1954, 1974, 1990 and 2014) champions. They head to Russia not only hoping to defend the title they won in Brazil, but also to match the South American’s record of five World Cup crowns.


Having netted an impressive 43 goals in the qualifiers, as well as ending the 2017 international calendar unbeaten Germany are doing all the right things in build up to the World Cup.


Germany have finished within the top four at a World Cup an unprecedented 13 times and with experienced heads Manuel Neuer, Mesut Özil, Toni Kroos, Mats Hummels, Jerome Boateng,Sami Khedira, Mario Gotze and Thomas Müller backed up by the exciting talent of Leroy Sane, Joshua Kimmich, Julian Draxler and Timo Werner - don’t bet against the Germans to reign supreme once more.