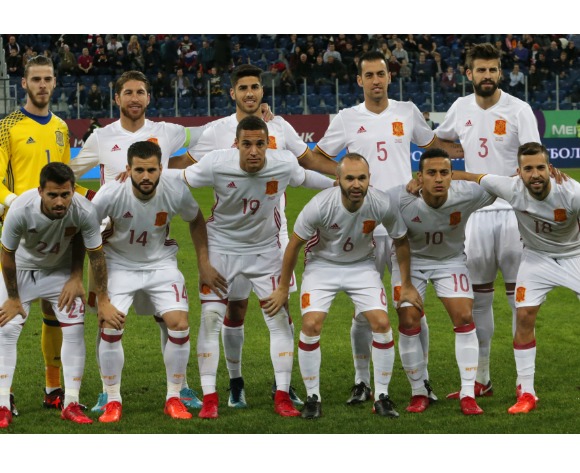 Following the disaster that was their title defence four years ago, Spain will be hoping to make amends at the 2018 FIFA World Cup following yet another flawless qualifying campaign on their way to topping UEFA Group G.


Sergio Ramos, Gerard Piqué, Sergio Busquets, Andrés Iniesta, Cesc Fàbregas and Silva still form an integral part of the national set up eight years after their triumph in South Africa, and the Spanish faithful will be hoping that their ‘golden generation’ can add a second world title to their ranks - to add to the two UEFA European championships they clinched over the past decade.


Julen Lopetegui has been tasked with bringing home another title, with the former goalkeeper able to call on a catalogue of stars.


Thiago Alcântara, Suso, Isco, Morata, Marco Asensio. Rodrigo and David De Gea are among those who conquered Europe at youth level - now aiming to climb to the summit of the world, having watched their heroes bring joy to the Spanish nation.