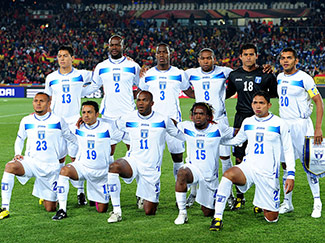 Honduras are the rising team in CONCACAF region, an ascent that started with their third place finish in the 2001 Copa América, where they were a late invitee, due to a withdrawal by Argentina one day prior to kickoff.
To date, the team has qualified three times for the finals of the FIFA World Cup, in 1982, 2010 and 2014.
Despite having qualified for the World Cup on two occasions previously, the Hondurans have never won a match at the World Cup.
They had three draws stretching across the two tournaments. Honduras finished third in the CONCACAF World Cup qualifiers behind the United States and Costa Rica.