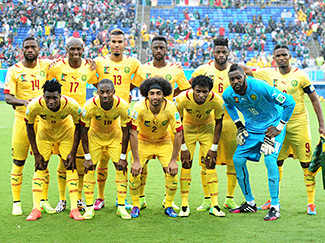 Cameroon will take part in their seventh World Cup finals in Brazil, a record for an African country, after they beat Tunisia 4-1 on aggregate in their play-off qualifiers.

The Indomitable Lions made their World Cup debut in 1982 in Spain where they failed to qualify for the second round despite remaining unbeaten through the group phase.

Cameroon’s second participation in 1990 in Italy will remain as one of the country’s biggest achievements.

The Lions defeated defending champions Argentina 1-0 in the opening game, thanks to a powerful header by Francois Omam-Biyik.

Roger Milla and his teammates went on to reach the quarterfinals of the competition, a major first for an African nation, only to fall 3-2 in extra-time at the hands of England.

Cameroon also qualified for the subsequent World Cup’s in 1994, 1998 and 2002 where they failed on each occasion to repeat their 1990’s performance after recording early exits in each of those tournaments.

After failing to qualify to the 2006 tournament in Germany thanks to a Pierre Womé injury time penalty kick miss in their final qualifying game against Egypt, the Indomitable Lions were back to business in 2010 in South Africa.

However in South Africa, Cameroon battled with internal struggles off the pitch that saw them amongst the first to pack their bags in that tournament following three consecutive defeats.