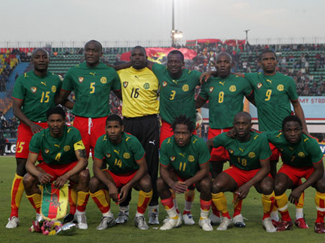 Who could ever forget Cameroon's performance at the 1990 World Cup in Italy, when they shocked the world by beating Argentina 1-0 in the tournament opener and then going all the way to the quarterfinals before losing 3-2 to England.

That was also the tournament where the 38-year-old Roger Milla became the darling of the neutrals as his goalscoring exploits captured the imagination of fans everywhere.
That may have been the Cameroonians most memorable World Cup appearance, but it was not their first. They also appeared in the 1982 event in Spain, and held Italy, Poland and Peru to draws, all fantastic results, but not enough to see them into the second round.
The 1994 World Cup in Usa saw Milla become the oldest player to score in a finals match, however they could not live up to previous glories as a 2-2 draw with Sweden was followed by losses to Brazil (3-0) and Russia (6-1).
They fell at the first hurdle in 1998 and 2002 as well, while they did not qualify for the 2006 event.