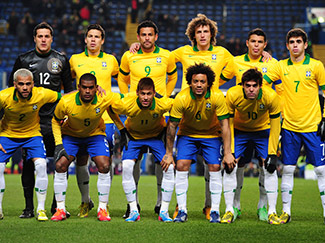 Brazil have competed in six FIFA Confederations Cup tournaments prior to hosting in 2013 and have won it no less than three times (1997, 2005, 2009), making them the most successful nation in the competition’s history.
Nicknamed A Selecao (The Selection), Brazil are coached by Luiz Felipe Scolari, the man who led them to the 2002 FIFA World Cup title.
Blessed with players such as Oscar, Neymar and Hulk, the hosts are amongst the favourites to claim the 2013 Confederations Cup.