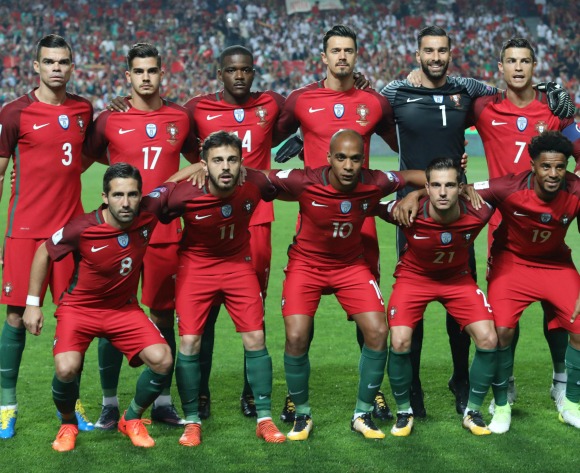 
The 2018 showpiece will be Portugal’s seventh appearance at a global showpiece, with the nation having conjured a host of world class players over the past two decades - none more so than current captain, record goal scorer and appearance holder Cristiano Ronaldo.


The Real Madrid ace top scored for the reigning UEFA European champions with nine goals, followed by teammate André Silva who scored the decisive goal as Portugal leapfrogged their Swiss counterparts in the final round of group fixtures.


Spearheaded by the iconic Eusébio, Portugal conjured a bronze medal at their maiden World Cup in England 1966, and came close once more 40 years later in Germany 2006 with Luis Figo and a young Ronaldo helping the country to a fourth place finish.


Having finally claimed an elusive continental crown by beating hosts France, Fernando Santos will now be hoping his troops can replicate that sort of form on the world stage.


With Ronaldo at their disposal - in what could be his final World Cup - anything is possible for the football mad nation who boast a catalogue of talented youngsters, and a good balance of experienced heads eager to make their mark in Russia.