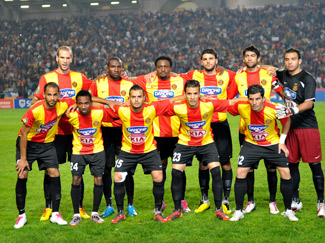 Esperance have become perennial bridesmaids in the CAF Champions League in recent years, losing three finals since 1999 and failing to add to the lone continental championship they won in 1994.
Last year they were trounced 6-1 (on aggregate) in the final by TP Mazembe and will want a strong showing in 2011 to restore their pride.
They have progressed to the group phase in impressive style this year, effectively wrapping up both of their preliminary ties against ASPAC of Benin and Diaraf of Senegal with emphatic first leg victories that made the return games mere formalities.
They have a good blend of youth and experience in their squad, which coach Nabil Maaloul is hoping will be capable of claiming the title and earning a place in the FIFA Club World Cup at the end of the year.
Their danger players are Malian striker Dramane Traore and attack-minded midfielders Oussama Darragi and Youssef Msakni – the trio scored eight goals between them in the space of four preliminary qualifiers.
If Esperance can keep things tight at the back, then they certainly have the firepower to go all the way in 2011.