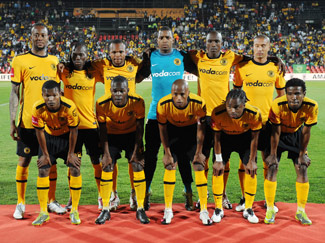 Kaizer Chiefs are the most successful side in South African football history and have won the MTN8 competition (or similar competition since 1972 pitting the top eight teams in the league against one another in a knockout format)  more times than any other team.

Their first success in 1974 came just four years after their formation and since then they have added a further 13 trophies to their silverware cabinet, totalling 14 victories in the competition.

Their most recent success was in 2008 when they beat Mamelodi Sundowns on penalties in the title-decider. Unfortunately for the Glamour Boys they lost 1-0 to Pirates in the final of the competition last year.

Chiefs have a great conversion rate in MTN8 finals, having won 14 of the 19 deciding matches they have played in.

The team will have high hopes of being successful again this year after a rather poor showing last season where they failed, for the first time in 15 seasons, to pick up any major silverware.

New coach Stuart Baxter will be under pressure to perform in his first competition in charge of the Amakhosi, but with the squad he has acquired his side stands a good chance of lifting the MTN8 crown once more.

The club have been active in the transfer market, bringing in top players like Morgan Gould, Siboniso Gaxa, Siaybonga Nkosi, Erick Mathoho and Kingston Nkhatha.

And they fans will be hoping they all play their part in bringing some silverware and the glory days back to Naturena.