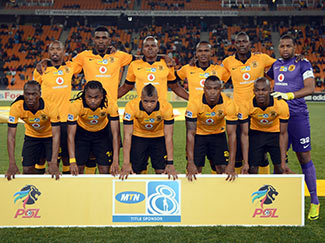 With 14 Top Eight titles from 20 appearances in the final, Kaizer Chiefs are comfortably the most successful team in the competition’s history. The Soweto Giants, however, have not triumphed in the MTN8 since defeating Mamelodi Sundowns on penalties in the 2008 final.
This time around the Amakhosi enter the MTN8 as reigning league champions, having claimed the Absa Premiership title in May to bring to an end an eight-year championship drought. They also went on to win the Nedbank Cup for the first time since 2006.
Coach Stuart Baxter was the mastermind behind that double success and now faces the tough challenge of trying to match or even better the achievements of his first season. His first task will be to try and win the MTN8, something he never came close to in 2012 when his first competitive match was a 4-1 thrashing at the hands of Mamelodi Sundowns in the quarterfinals.
Chiefs have retained most of the squad that served them so well last season and made a very notable addition in attack where Zimbabwean Knowledge Musona, the PSL’s Golden Boot winner in 2011, has returned on loan from German club 1899 Hoffenheim.