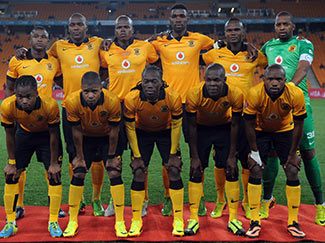 Kaizer Chiefs claimed the league and cup double last season, the first time in 21 years they had managed the feat.

It brought much relief from their supporters, who have had to watch their great rivals enjoy enormous success in the years previously.

The challenge now for coach Stuart Baxter and his team is to replicate that triumph and build a dynasty of success.

Formed in 1970 by Kaizer Motaung and a group who split away from Soweto rivals Pirates, Chiefs are unquestionably the most successful club in South African soccer history.

The moniker 'Chiefs' is taken from the now defunct American side the Atlanta Chiefs, who Motaung played for in the North American Soccer League (NASL) in the 1960s.