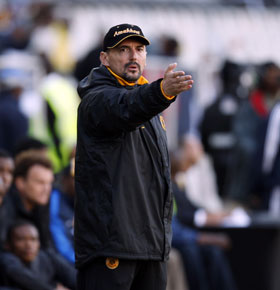 Kaizer Chiefs will be looking to regain the MTN8 title they won two seasons ago and under the guise of their Serbian coach Vladimir Vermezovic they certainly have the players and the talent to do so.

After crashing out in the competition last year losing 4-3 to Ajax Cape town on aggregate they will once again look to rain supreme.

The coach in particular believes his side has the capabilities to lift all the major trophies in South African football. It is just left for the fans and the critics to see if he can get the team to work and play well together.

The Amakhosi have not been very active in the transfer market in the off-season with Sthembiso Ngcobo their only signing. Vermezovic will be relying heavily on his core of players from last season, minus a couple stars.

Tinashe Nengomashe has left to ply his trade in Dubai and Bafana Bafana starlets, Siphiwe Tshabalala and Itumeleng Khune are rumoured to be departing overseas as well.

Should the coach manage to keep his Bafana stars it would prove to be a real bonus. Nonetheless, he still has plenty of quality in players like Knowledge Musona, Josta Dladla, Renielwe Letsholonyane and the Player of the Season last year in Arthur Bartman.

Finishing third last season entitled them to a place in the elite top eight competition and it is a chance they do not wish to waste.