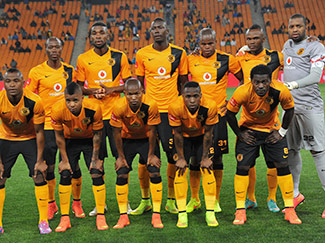 The Amakhosi led the standings for the majority of the campaign, but poor results in the final few games saw them fall at the final hurdle as poor finishing in front of goal came back to haunt them.

Still, defensively Chiefs were the best team in the league as they only conceded 17 goals in their 30 games.

They won 19 games (one less than Sundowns), drew six and lost five (which was the same as the eventual winners.

The Amakhosi bagged 43 goals, ten of which were scored by Bernard Parker (the highest goalscorer in the league) and finished on a positive goal difference of 26 which was the same as the Brazilians.

The Soweto-based club earned R5 million for their second place, but did not spend too much of that in the off-season with the addition of only seven players to their 2014/15 squad, three of those being promoted to the first team from the development.

Only two players have left the club in the form of Lucky Baloyi and Philani Cele, both on loan to Moroka Swallows while Jimmy Jambo has retired.