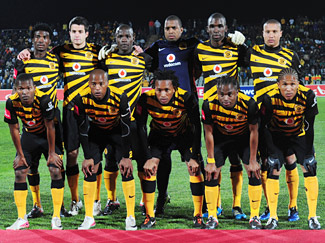 Kaizer Chiefs are the most successful side in South African football history and have the MTN8 competition more times than any other team.
Their first success in 1973 came just three years after their formation and since then they have added a further 14 wins in the competitions to their trophy haul. The most recent was in 2008 when they beat Mamelodi Sundowns on penalties in the title-decider.
The club also has a great conversion rate in MTN8 finals, having won 14 of the 18 deciding matches they have played.
The team will have high hopes of being successful again this year after finishing third in the South African Premier League last season, missing out on top spot by just a point.
Coach Vladimir Vermezovic is now in his third season with the club and under pressure to bring more silverware to Naturena, after winning two Telkom Knockout competitions during his tenure.
The club have been active in the transfer market, bringing in top local talents such as defenders Tefu Mashamaite and Keegan Ritchie, as well as striker Lehlohonolo Majoro.
The treble won by Orlando Pirates in the last season, which included the MTN8, only adds to the pressure on Vermezovic and his team with AmaKhosi fans expecting similar success.