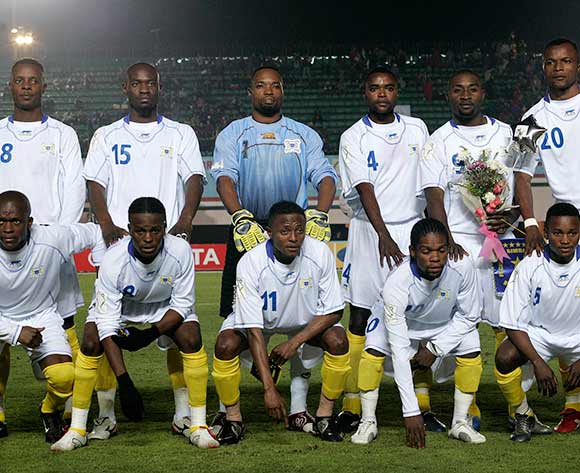 The DR Congo national football team (formerly the Zaire national football team) is nicknamed the ‘Leopards’. Coached by Claude Le Roy, DR Congo is currently ranked 130 in the latest FIFA World Rankings and position 30 in Africa. As Zaire they were the first Sub-Saharan African team to qualify for the FIFA World Cup in 1974 and twice won the Africa Cup of Nations in 1968 and 1974.

From 1992 to 1996, Zaire, reached three consecutive African Cup of Nations quarter-finals. In 1992 and 1994 they were beaten by Nigeria, and in 1996 they were beaten by Ghana. In 1997, their name changed to DR Congo.
DR Congo played their first game on the 8th June 1997 in Brazzaville which ended in a 1–0 victory for them. At the 1998 African Cup of Nations, DR Congo, led by Louis Watunda Iyolo took third place, beating hosts Burkina Faso 4–1 on penalties.

The DR Congo qualified this time for the 2013 AFCON by accosting to a 5-2 aggregate win over Equatorial Guinea. They lost the second leg 2-1 at the Nuevo Estadio de Malabo but still qualified having won 4-0 at home back in September.
Tournament Review:
Having reached the quarterfinals of the Africa Cup of Nations in 2006, led by the same coach Claude Le Roy, the Leopards of DR Congo flattered to deceive in this year’s event.
They failed to qualify for the knockout stages after playing three draws against Ghana, Niger and Mali.
Their fate seemed to have been sealed the moment reports of mutiny in their camp over bonuses surfaced, and even coach Claude Le Roy, in solidarity with the players, threatened to quit.
However, they looked to have overcome the negative vibe in their camp by staging a remarkable comeback from a 2-0 deficit to force a memorable 2-2 draw with Ghana’s Black Stars in their opening match.
However, a disappointing goalless draw with the ‘Mena’ of Niger left their hopes of advancing to the knockout stages hanging by a thread.
In their final match, despite taking the lead as early as the third minute through a penalty by their forceful striker Dieumerci Mbokani, they allowed Mali to score an equaliser 11 minutes later when Mahamadou Samassa equalised.
In the end, the draw extinguished their hopes of qualifying for the knockout stages, as they finished in third place with three points under their belt.
Claude Le Roy, who had led the ‘Leopards’ to the quarterfinals in 2006 before eventual champions Egypt thumped them 4-1, must be disappointed that he failed to secure a single win despite having coerced most of his stars to re-join the national team.
Striker Dieumerci Mbokani, who has been in brilliant form for his Belgian side Anderlecht, however, can hold his head high for his overall contribution. Yes, he scored two goals from the penalty spot, but his commitment cannot be in doubt.
Goalkeeper Robert Kidiaba from TP Mazembe also had good tournament, even though he became famous for his ‘donkey riding’ celebrations rather than his brilliant saves, especially against Niger which kept the ‘Leopards’ in the game.
Turkey-based striker Lomana LuaLua failed to live up to expectations, even though he can point out luck as not having been on his side as he had two efforts cannon off the bar – one against Niger and another against Mali.
West Brom midfielder Youssouf Mulumbu failed to live up to his billing, as in most games the ‘Leopards’ were vulnerable and dominated by the opposition in midfield.
The ‘Leopards’have learnt their lessons and with coach Claude Le Roy they will come back for AFCON 2015 a much better side and live up to their reputation as one of the big teams in Africa, having won the tournament in 1968 and 1974.