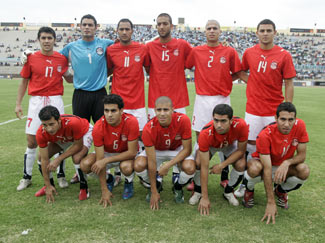 Egypt are the most successful side on the continent having won the Africa Cup of Nations on six occasions, including the last two events.
They claimed the inaugural title in Sudan in 1957, on home soil in 1959 and 1986, Burkina Faso in 1998, Egypt in 2006 and the last final in Ghana in 2008.
Surprisingly perhaps, given their dominance at club level on the continent too, their record in qualifying for World Cup finals has been poor.
They were the first African side to play at the global showpiece when they were invited to the 1934 tournament in Italy, but their only showing since has been, ironically, back in Italy in 1990.
They are a formidable unit under coach Hassan Shehata, who has been in the job since 2004, though this will be a final shot at the World Cup finals for a number of their top stars, who are reaching the end of their illustrious careers.
The likes of Essam El-Hadary, Wael Gomaa, Ahmed Hassan and Mohamed Barakat are well into their 30s, and will almost certainly not be in contention from Brazil 2014.