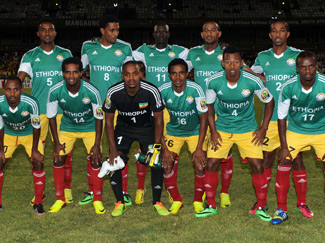 Ethiopia, known by the nickname Wayla Antelopes or Walias, will be making their second appearance at the African Nations Championship, having failed to progress from the group stage on debut in 2014. Ethiopia defeated Kenya 2-0 and Burundi 3-2 (both on aggregate) in the Central East Zone of the preliminaries to secure their place at Rwanda 2016. They will be led by coach Yoahnnes Sahle. The Wayla Antelopes have appeared in 10 Africa Cup of Nations tournaments (winning the continental championship in 1962) and have never qualified for the World Cup.