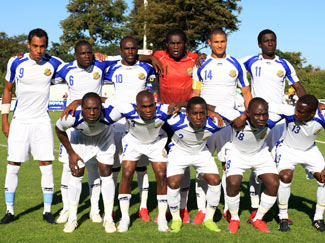 Gabon are hoping to win a first-ever appearance at the World Cup finals in South Africa in 2010.
Led by former France international Allan Giresse, who played over 500 times for Bordeaux, as well as Marseille, and has managed Paris St Germain and the Georgian national team.
He has been with Gabon since 2006 and has overseen an upturn in the team’s fortunes, though they have not qualified for the Africa Cup of Nations since 2000, and he will be hopeful of achieving that goal at the very least.
Their finest hour in continental competition came at the 1996 tournament in South Africa when they reached the quarterfinals, before bowing out to Tunisia in the penalty shoot-out.
Aside from that they have suffered first round exits in 1994 and 2000, though they will be hoping for a much better showing when they host the 2012 tournament along with Equatorial Guinea.
Hull City striker Daniel Cousin is the star man, while emerging youngsters such as Roguy Meye, Ulrich Kessany and Stéphane Nguéma bodes well for the future.