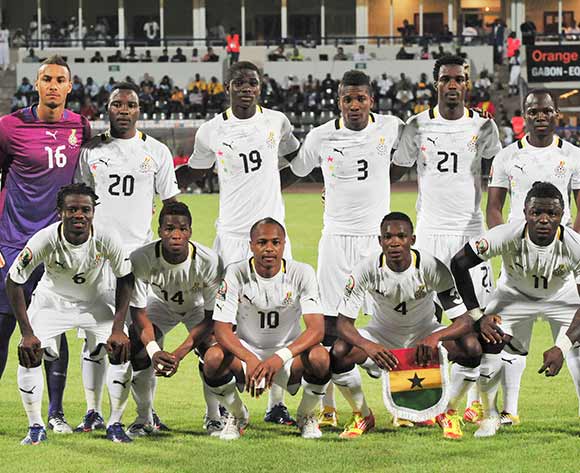 Ghana are still searching for a first Africa Cup of Nations title since they last won the tournament in 1982.

The Black Stars beat Malawi 1-0 in Lilongwe in the return leg final round qualifier to wrap up a 3-0 aggregate win for what will be their 19th appearance in the competition.

Coach Kwesi Appiah will be the first Ghanaian coach to lead the four-time champions at the Nations Cup in 11 years by the time the tournament gets underway in South Africa in January.

He will be hoping to emulate Osam Duodu - the last native coach the Black Stars had - leading the youthful Ghana squad to go beyond the group stages in the 2002 finals in Mali.

Appiah, an ex-Ghana captain, was an assistant coach to the team for four years before he was elevated as head coach in March 2012.

The former Asante Kotoko left-back has helped discover a lot of talent including FC Porto's whizkid Christian Astu, who mesmerised their opponents during the qualifiers.

The youngster made his Ghana debut in June during a 2014 World Cup qualifier and scored in the 7-0 drubbing of Lesotho at home.

Atsu is among the several youngsters that the Black Stars will be relying on to steer them to their fifth title while France-based Rabiu Mohammed and Afriyie Acquah are expected to make their first appearances in the tournament.

Home-based players have also earned a lot of call-ups during the Kwesi Appiah tenure and the coach says he will give equal opportunities to the youngsters.

Berekum Chelsea duo Solomon Asante and Richard Kissi-Boateng, Rashid Sumaila, Daniel Nii Adjei, formerly of Kotoko, were invited for the qualifiers and they will be expecting to play a role at the tournament.

But the big hitters from abroad will be key if Ghana are to win the title. Experienced players like John Pantsil, Sulley Munatri, Michael Essien and Asamoah Gyan will cause problems for their opponents while Swedish league top scorer Abdul Majeed Waris heads into the tournament in top form and can partner lead striker Gyan.

Ghana failed to meet expectations at the 2012 finals by finishing fourth but the Black Stars have qualified for the medal zone in the last three editions of the Nations Cup.
Tournament Review:
Ghana came into the 2013 Africa Cup of Nations as one of the youngest squads with an average age of 22, but still were determined to end their 31-year wait for an African title.

With Kwesi Appiah being the first indigenous Ghanaian coach to lead the team at the tournament since 2002 when Osam Duodu, hopes were high that the Black Stars could at least reach the final.

Appiah, a member of the 1982 title winning squad, named ten debutants in his squad and took a big decision to leave out in-form Jordan Ayew of Olympique Marseille.

Jordan's elder brother, Andre, despite being named in the provisional 26-man squad, was excluded after failing to meet the reporting time for camp.

Even though they went into the tournament with a lot a lot of hope, they capitulated at the semi-final stage when they were beaten on penalties by Burkina Faso and failed to grab the third place, falling 3-1 to Mali to end their campaign by placing fourth.

Injuries also had a toll on the team with Anthony Annan and teenage striker Richmond Boakye-Yiadom failing to recover from ankle injuries suffered during the team's pre-season tour of Abu Dhabi.

Ghana began their campaign with an explosive 2-2 draw with DR Congo in Port Elizabeth but the talking point was how the Black Stars surrendered a two-goal lead to split points. Another issue was with why Appiah decided to start Kwadwo Asamoah as a left-back instead of an offensive role.

Appiah shuffled his cards and got a 1-0 win over Mali thanks to a first half penalty which was converted by Mubarak Wakaso. This was followed by the 3-0 thrashing of Niger to top Group B and head into the quarterfinals.

The last eight encounter against the Cape Verdians raised a lot of questions despite winning 2-0 thanks to second half goals from substitute Mubarak Wakaso. The Black Stars were second best and perhaps lucky to have advanced.

However, luck run on them in the semi-final clash against Burkina and despite taking the lead they lost 3-1 on penalties after extra-time when both teams had tied 1-1. Poor officiating coupled him erratic shooting up-front prevented the Ghana from conceding a hatful of goals.

The Black Stars were distraught and could not psyche themselves up for the third-place match against Mali in a repeat of the 2012 bronze medal match which they lost 2-0, although the beat the Eagles by the same scoreline in the Group stage.

Mali repeated the script by winning 3-1 at the Nelson Mandela Bay Stadium in Port Elizabeth.

There are lots of positives the Black Stars can pick up from their participation in this tournament including the discovery of players like Wakaso, Rabiu Mohammed, Fatau Dauda, Solomon Asante and Albert Adomah.

But there are also lessons for coach Appiah that the clamour for local players might not necessarily serve his purpose with the likes of Richard Kissi and Emmanuel Clottey, following their successes in the African Champions League with Berekum Chelsea before their recent moves, could make it on the big stage like the Africa Cup of Nations.