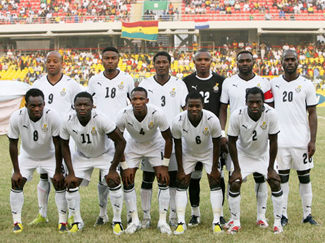 It would be a surprising fact to many that Ghana have not won Africa's top prize for the past 28 years, and have in fact featured in only one final since 1982.

Given the strength of football in the west African country, it must surely be classed as underachievement and is something the Class of 2010 will hope to out right.

There was much expected for the side when they hosted the event two years ago, but despite some positive early signs, they were outclassed in the semfinals by Cameroon and had to settle for third place.

But after that it makes fir poor reading, with just a final appearance in 1992 to show for their efforts, where they eventually went down in a mammoth penalty shoot-out to Cote d'Ivoire.

Recent form has been scratchy, though they did qualify for a first-ever World Cup finals in 2006 and followed that up with qualification for the 2010 event in South Africa as well.
Nations Cup Record: