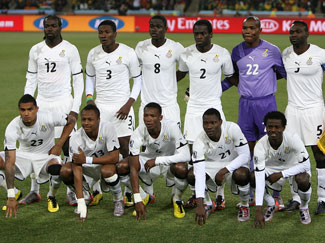 Ghana are arguably the best team in Africa at the moment with an excellent blend of youth and experience that should stand them in good stead for many years to come.

Following on from the success of the national Under-20 side in winning the 2009 FIFA World Cup in that age group, they have been able to bring the best of those players into the Black Stars line-up, culminating in their quarterfinal place at the 2010 FIFA World Cup in South Africa, when they were one spot-kick away from reaching the Last 4.

They will expect to comfortably finish top of this group, especially as their coach Milovan Rajevac, appears to have committed himself to at least a further two years in charge.

Although Ghana are one of the most successful teams on the continent, but have not won the Africa Cup if Nations since 1982, a 28-year wait that that Black Stars fans will feel is far too long.

Ghana won the first Nations Cup finals they qualified for, the 1963 tournament on home soil, and followed that up with success two years later in 1965 in Tunisia.