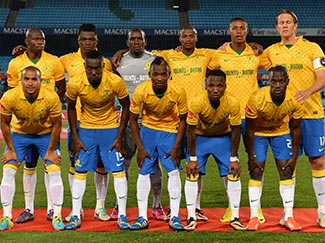 Mamelodi Sundowns head coach Pitso Mosimanne has continued to flash the cash as the Brazilians pursue utter dominance not only in South Africa, but also on the African continent.

With a wealth of talent at their disposal, Sundowns will be favourites to lift the MTN8 title this campaign and will be even more motivated having missed out on last year’s edition after finishing the 2012/2013 Absa Premiership campaign outside the top eight.

'Downs, though, will first have to overcome Platinum Stars, a team that has proved to be a bit of a bogey team for them in the past few seasons.

Sundowns last won the Top 8 Cup competition back in 2007, but have not won it since it has been known as the MTN8. They did reach the final in the inaugural edition in 2008, losing to Kaizer Chiefs in the final on penalties.