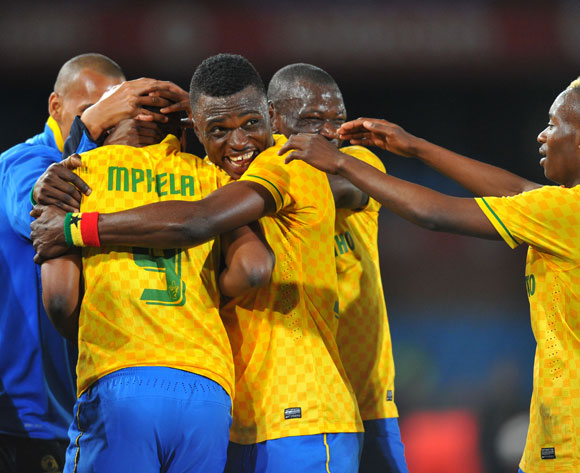 The past couple of seasons have seen Mamelodi Sundowns’ trophy cabinet experience a bit of a baron spell with their last bit of success coming in the 2007/08 season when the Brazilians lifted the Nedbank Cup.
Since then, however, it has been a case of close calls and missed opportunities as they have struggled along a path of indifferent success.
With the MTN8 competition Sundowns are once again afforded the opportunity to start their season with a bang. All involved in the Brazilians camp, though, will be hoping they make a better start to the tournament than they did last season after they exited the MTN8 in the first round losing 5-4 to Ajax Cape Town on penalties after their match finished 1-1.
The team from Tshwane qualified for the top eight tournament after finishing fourth in the Absa Premiership on 58 points, two points behind eventual PSL title winners Orlando Pirates.
It was an unconvincing 2010/11 league season from ‘Downs as they struggled to find consistency as they dropped important points at crucial periods in their campaign and were unimpressive in cup competitions.
Still, one part of their game that did not suffer was the striking department as they registered the most goals last season after finding the back of the net 52 times in 30 league matches. The men largely responsible for this feat were Katlego Mphela (13 goals) and Nyasha Mushekwi (14 goals).
Unfortunately, though, they will be without the likes of Mphela for the MTN8 as he is likely to make a move overseas. For Mushekwi, he has a possible life time ban hanging over his head for alleged match fixing with the Zimbabwean national team, and it will remain to be seen if he can perform under the cloud of controversy.
In defence ‘Downs have looked a bit shaky at times, but they have brought in the left-back Punch Masenamela from Kaizer Chiefs this season to help matters.
The Brazilians can play entertaining football and on their day are unbeatable; never write them off.